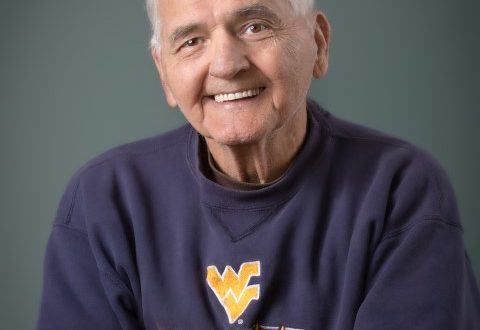 Jerry Morris is an 86 year old retired mail deliverer and an honorably discharged veteran of the United States Air Force. In 1999 Jerry’s wife was critically ill and receiving the meal delivery service offered by the Catholic Charities Neighborhood Center in Wheeling. This program is designed to serve a daily warm meal to individuals who are homebound and unable to cook for themselves. When his wife passed away, Jerry was overcome with sorrow and needed a way to fill his time while making a difference in his community. He pledged then to volunteer to deliver the very meals that his wife had been receiving.

In his first year of service, Jerry delivered meals on 222 separate occasions to an estimated 6500 people. Eighteen years later, he continues to deliver at least two meal routes a week, and he never says no when asked to deliver more. Jerry is the go-to driver for any additional meal route that needs to be covered when another driver calls off. At one point, Jerry was asked to use his knowledge as a mail deliverer to reorganize all of the meal routes being delivered by the Neighborhood Center. Through his organizational skills, he was able to shorten the delivery time of several of the routes, saving many volunteers the time and fuel it takes to deliver meals to those in need. 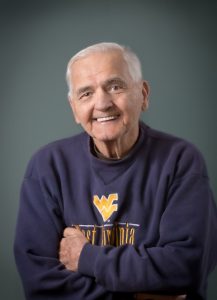 In addition to delivering the meal routes, every Thursday at 9 pm, Jerry combats excessive food waste by driving to the local Panera Bread to pick up any unused baked goods that would otherwise be thrown out. Because the Neighborhood Center closes at 5 pm, Jerry keeps the bread overnight and delivers it to the Center first thing each Friday morning. Jerry’s bread runs help to ensure that each recipient of the meal delivery service has slices of freshly baked, high-quality bread with their daily meal.

The people who are being served by the Neighborhood Center love Jerry, and he often spends hours of his own time visiting and joking with each one of them.

Over the course of his 18 years as a meal deliverer for the Neighborhood Center, it is estimated that Jerry has delivered over 70,000 meals, and has probably brought even more smiles to the faces of those who are most in need. This estimate doesn’t include the leftovers Jerry is delivering from local restaurants.

We are grateful for Jerry and all of our volunteers who enable us to respond more readily to the needs of those we serve and also increase our capacity to improve the lives of those individuals.